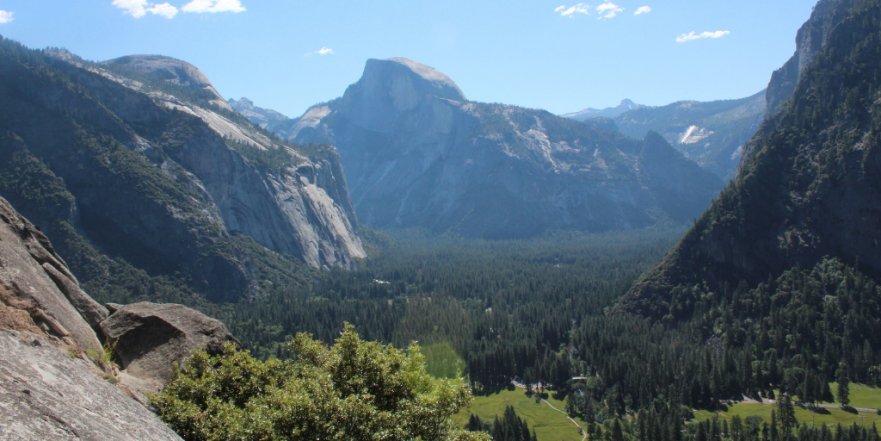 A great way to stay fit when you are travelling is to find tours and activities that encompass exercise. One of the best adventure fitness activities I have ever was to hike Yosemite. Many backpackers miss this natural beauty due to cost restraints – but there is a cheap backpacking way to do it!

(this is not a sponsored post, I booked and paid for this tour without any consulation with Green Tortoise)

How did I end up in Yosemite with Green Tortoise?

I travelled to Yosemite from San Francisco with a tour group called Green Tortoise. A tour was the right option for me as I was backpacking through Nor Cal and didn’t have a car, plus I was on my own and wanted to meet some friends.  After exploring Google and TripAdvisor the choice was narrowed down to Green Tortoise. As an added bonus the date of the next trip was perfect for me – the stars had aligned. One of the advantages was that the tour bus would drive through the night while we all slept so that would arrive in Yosemite as the sun was rising. Just in time for breakfast and then a day of hiking. We would then spend one-night camping just outside the valley so we could spend the next day exploring. Then another night ride back to San Francisco – easy! It turned out to be a three days of little discoveries. What I learnt hiking Yosemite with Green Tortoise

Green Tortoise have these spectacular buses that work the same way as caravans. During the day you have chairs and tables to lounge on, but when you want to go to bed they turn into three-tiered bunk beds – the bottom bunk was the best as you had less chance of rolling out when the bus went around a corner a little sharply.

How to cut a watermelon

You would think after a life time of devouring this amazing fruit that I would have mastered the art of cutting it up.  Nope, I had been doing it wrong!  However, over breakfast I was put on fruit salad duty, it was here that the Green Tortoise chef, Adam, taught me the best way. People are all talk

As we drove through the valley our group discussed which hike they would attempt.  Our bus driver gave loads of advice about the difficulty and time required.  By the time we reached the car park 50% of the group said they would be doing the Upper Yosemite Falls hike. However, once our driver pointed to a giant mountain with a waterfall careening down the side and said: “that’s where you end up when you get to the top”. Only five of us ended up taking up the challenge. 12Ks with an elevation of 2,600ft in 6 hours, no problem…

What half way REALLY is

About a quarter of the way up the side of the mountain my fellow waterfall enthusiasts and I decided that we must be about halfway.  2 more hours and 2000ft taught us otherwise. The power of positive thinking

It was pure enthusiasm and excitement that got me two-thirds up. The final third was a war between “you can do it” and “shut up and walk” or “quitting this close will be the lamest thing you have ever done” and then there was the old standby lie that your parents taught you “just one more corner I promise” – got me there in the end.

Getting to the top is the best feeling

Flopping down in the shade and draining the last of your water while stuffing a sandwich in your mouth is pretty awesome. What makes it the absolutely best moment ever, is the view you have of Yosemite Valley stretched out below you. We saw some people using filters on the water at the top of Yosemite Falls, but we were so thirsty we didn’t bother.  It was by far the best tasting water I have ever drunk, no chemicals, no metallic after taste – just pure deliciousness. For the record none of us got sick. Though it must be said that I have a pretty strong backpacker belly.

Hiking boots were invented for a reason

As this was a side trip I was just wearing my normal running shoes instead of hiking boots.  On the way up this didn’t seem like much of a disadvantage (except for when I tripped over rocks – no protection). On the way down the advantage became clear, my runners just didn’t have the grip or the sole to deal with the slippery dust coated granite.  Impending death flirted with me the whole way down as I took tiny steps to avoid sliding of the edge of the mountain. Going down hurts more than up

Up takes mental power, real mental power – but it doesn’t hurt your body that badly, just drains your energy.  Going down… well that’s another story! Soon your calves ache, then your thighs, then your abs and back, soon your whole body is shaking making the whole thing so much worse.

Standing still is not the best reaction when someone yells bear

All trip I had been pleading with mother nature to grant me a bear sighting.  Almost back down the bottom of the trail I hear someone scream “bear” – it took me a full minute to process what to do, my immediate reaction was to run up the trail to see it, which then collided with the sensible reaction of running away from the bear, leaving me standing there gaping like a fool. By the time I ran back up the path the bear had been scared off. Ice cream and a Yosemite Beer is a great mix

There are some great stores at the bottom of the hike which sell beer and ice cream. I strongly recommend consuming both once you have returned from the Upper Yosemite Falls climb and are in need of sugar and relaxation.

You can eat what you want:

A little chart at the information centre advised me that I had burnt 3400 calories in climbing the Upper Yosemite Falls track.  I took this to mean that I could have seconds at dinner and not be stingy on the sour cream.

It hurts more the day after:

As painful as it was coming down the mountain, that was nothing compared to trying to walk the next day. What I needed were a hot bath and a massage. Instead, I went for a walk to the beautiful mirror lakes where I waded through freezing cold glacier water and had a nap under a tree. The oldest Saloon in California can make a $2.50 beer taste like an $8 beer

That night Green Tortoise stopped off at a bar while we were on our way to our campsite. Maybe it was because the classic barman who was constantly cleaning glasses, or the jukebox that played 90s hits, or the great wall memorabilia, or the fact that we were in the middle of nowhere, or complete exhaustion – either way, that beer tasted fabulous. 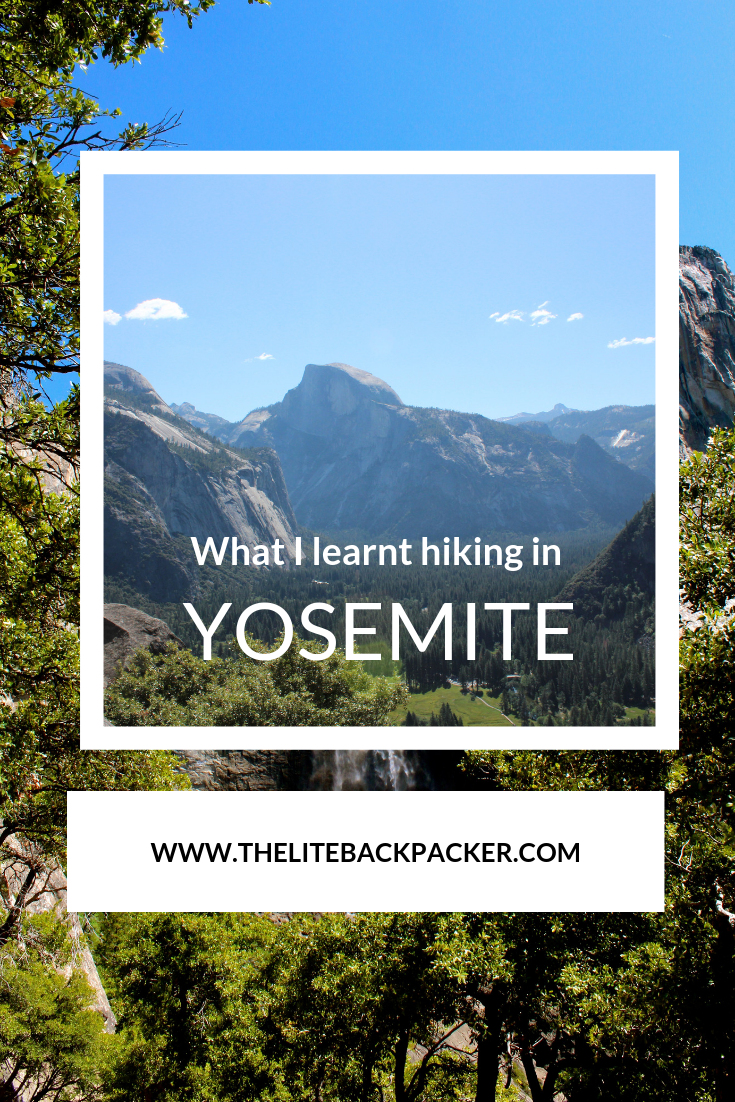 All about travel, food, friends, bushwalking and everything else outdoors

My face says it all. For those that don’t know m

Day one of the Bondi to Manly walk! Full of views

Out for a little adventure, snorkelling at Silver

I call this my Caribbean inspired lobster salsa! A