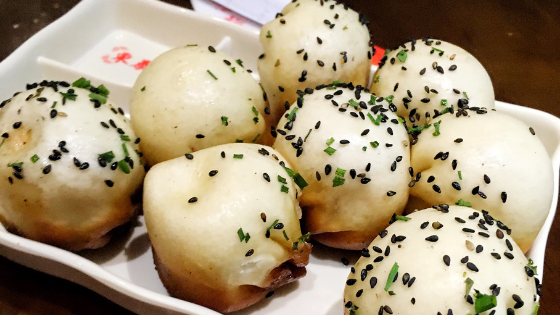 Who doesn’t love dumplings? I certainly have a soft spot for a fantastically made dumpling, especially the ones with soup in the middle. Shanghai is one of the best places in the world to get a variety of different types. Over the centuries, different cultures from around China have merged on this spot to redefine Shanghainese cuisine.

Therefore, it made sense to do a dumpling course on my recent trip to Shanghai. After all, I had made fantastic dumplings at during a cooking class in Hong Kong and loved it.   While planning, I had come across many dumpling cooking classes, I was a little overwhelmed by the options. I narrowed down options based on my tried and tested criteria:

This Shanghai Dumpling Cooking Class and Tasting Tour jumped out at me. Not only did it have a cooking class component but also a walking food tour part. After the success of the food walking tour I had done in Hong Kong (once again), I was very open to this type of tour.

Overview of the Shanghai Dumpling Cooking Class and Tasting Tour

I had read in the reviews that there would be a lot to eat and that I should definitely arrive hungry. So that is what I did. In fact, it is safe to say I was STARVING by the time I met my guide, Kate. Kate is an expat from the UK, who moved out for a life change and fell in love with the country. Her experience and advice on the area were extensive and she was open to answering any questions as best she could. Her perspectives into the way food ties together with Chinese history was truly insightful.

What I loved most was that for the first two hours we walked around an area that I would have never have known to visit. We stopped in at different restaurants and street carts that didn’t look any different from their neighbours. Maybe they weren’t, as I imagine it’s hard to find BAD food in Shanghai. Yet, everything we tasted was unique and different.  Some of the flavours I had literally never experienced before. With each new place, my stomach grew bigger and bigger. My eyes, however, couldn’t say no to trying just one more dumpling.

After two hours of gorging ourselves, Kate took us to a cooking school. The set up here was very efficient. The chef clearly goes through numerous groups a day and has his class is finessed to a fine art. In next to no time we were whipping up our own dumplings while being taught the history and traditions behind them.

If I am completely honest, I thought I would be a master at dumpling making. I mean I am a master at eating them after all. I wanted to be the person whose first dumpling would make chef gasp in delight. Instead, he just laughed and shook his head, showing me the technique again. Dumpling protégée, I was not.

Of course, once you have made some delicious dumplings, you have to eat them. I was at bursting point. But I dug deep and remembered my manners and shovelled them into my mouth. This was my all time favourite thing. And it wasn’t even a dumpling. As soon as we had met Kate she rushed us to the jianbing stall as it was closing soon. We stood and watched as the chef created something that would change my life forever. Ok, maybe that’s a bit dramatic, but ever since that first bite I have been craving jianbing constantly.

Jianbing is a giant crepe-like pancake that is made only from eggs, no flour. Standard toppings are hoisin sauce, shallots, coriander, wonton wrapper and you can add Chinese sausage if vegetarian isn’t your thing.

Kate did question that maybe the reason I loved this dish so much was due to my hunger levels. It was a fair question as I was STARVING. So I tested it by eating Jianbing for breakfast every day for the rest of the week. I stand by my previous comments. It is amazing. I was still starving so I did inhale a few of these without even realising it. I have never been overly fond of boiled dumplings. Preferring fried (drool) or steamed (especially the soupy type). However, the seasoning and additional flavours that were added to the filling made these absolutely moorish.

Now I need to talk about the plum sauce drink. I didn’t think I would like it so when Kate offered to get me one, I politely declined. BIGGEST MISTAKE OF MY LIFE. Or best decision ever. You see, I did try a sip of my partners drink and LOVED IT. Was instantly sad that I didnt have my own. However, if I had my own there is a good chance I would have been running to the bathroom. Plum juice is a known laxative and I have no self-control.

Hallelujah! Dumplings with soup in them – my favourite.  Kate diligently taught us the right way to suck out the soup to avoid mouth burn. I found this technique a little hard to master with chopsticks, so went for the mouth burn instead. It was worth it. You would think that I would be tired of dumplings by now. I wasn’t. The fried dumplings had a dusting of spices on the outside, which made them super crispy. Now I am not sure what they are really called. Our guide Kate explained that the vegetable inside the dumpling was the same weed that you often find growing in the cracks of your driveway. I LOVED IT. No joke, this was my favourite dumpling of the day. It was a completely different flavour that blew me away. What’s more, the wrapping was so silky that it was a pleasure to eat. And don’t get me started on the peanut sauce dressing that went with it… drooooolll. For this stop, we were in a small yet busy restaurant. At 11 am the place was already packed and shooting out orders to a massive takeaway crowd as well. Kate ordered a number of things here… but I can only remember the shrimp dumplings. Probably because I ate most of them. It was definitely a nice to mix things up and eat something other than pork Our last stop before our cooking class was to try a dessert dumpling. These custard filled dumplings were shaped like animal heads, predominantly pigs. I had seen these around before and was intrigued to learn the history behind them. I am not going to tell you though – it’s more magical if you hear it while you stuff your face with custardy goodness. There are many tricks to making the perfect dumpling. Many of which I did not master on this tour. However, the chef helped us a lot so my end product was very edible. In fact, I would say they were better than the shrimp dumplings I had eaten half an hour before. I may be biased but I do believe it!

Should you do a Shanghai Dumpling Cooking Class and Tasting Tour

If you like to eat so much you think you will burst, then definitely do this tour. I personally loved it, but more because of the guide. Kate was informative and managed to tell a story about Chinese history that related back to food.  I would have liked to have more people on our tour to share the dumplings with. I got a lot of anxiety about leaving so many plates of unfinished dumplings. Overall this was one of the better tours I have done. The fact that it incorporated both a cooking class and a food tour increased the value for money aspect for me. It also introduced me to a new favourite breakfast food… can’t wait to try making jianbing at home.

This is not sponsored content; all thoughts are my own based off of my own experience 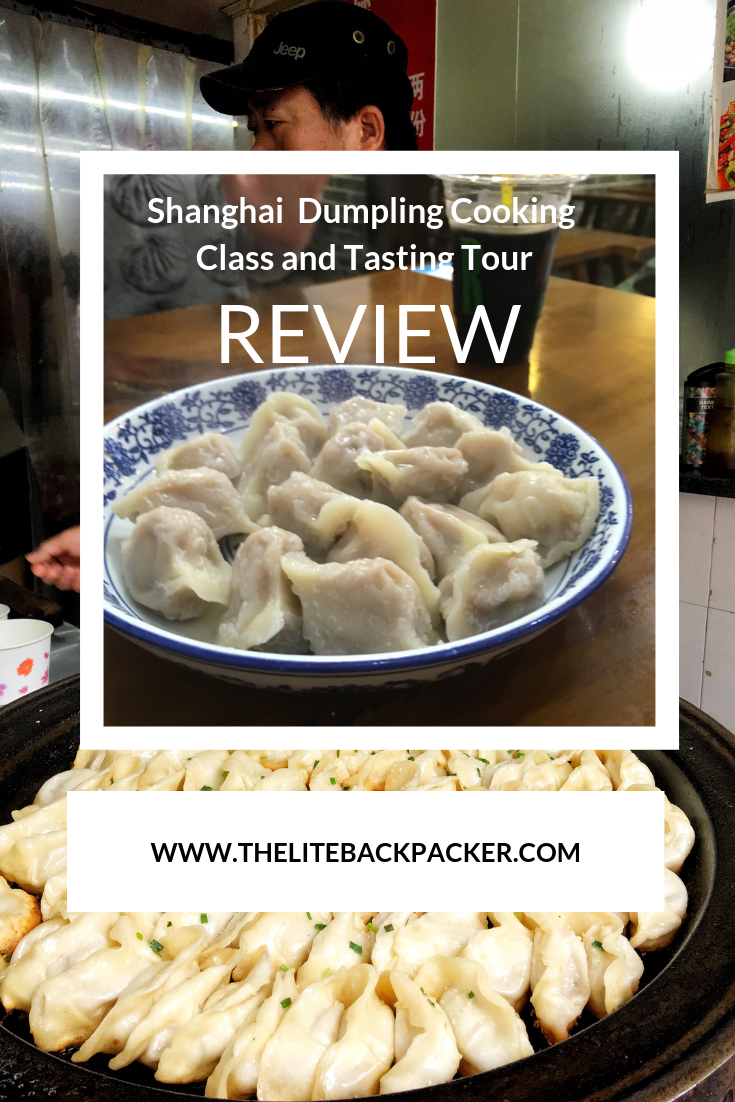