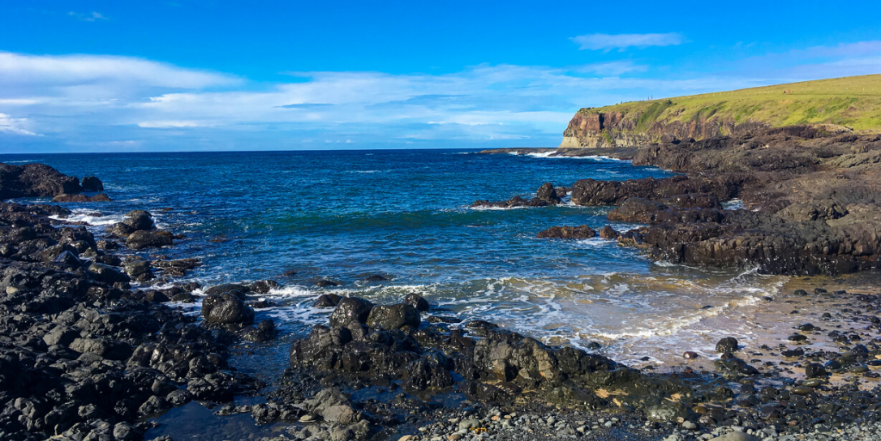 Sydney is awesome, there is a lot to do here (even on a rainy day), but sometimes you just need a city break. Especially when we have been cooped up for so long and there are so many amazing and beautiful places to visit just outside of Sydney. For a weekend escape, I always recommend the Kiama to Gerringong Coast Walk.

I have always loved the south coast of Australia, often declaring that it is the wildest and most beautiful coastline in the world… now I recognize that I may be slightly biased. I did grow up in Canberra, and Canberrans spend most of their summer exploring the many beaches of the South Coast. But seriously, it’s crazy beautiful. If you are looking for a quick beach escape from Sydney and don’t have a car, then Kiama and Gerringong are the places for you! You can get a train from Central station that takes about 3 hours to reach Kiama, to get to Gerringong it takes another 15 minutes once you change trains.

The Kiama to Gerringong Coast Walk encompasses so many different environments. From the vibrant coastal town of Kiama through to the rolling hillsides that go right up to the cliff edges. Spot water birds and crabs as they scuttle over the giant rock formations. Australia is lucky enough to be just off the whale highway as they migrate to and from Antarctica each year. There are a few places along the coastline where you will be able to catch a glimpse of these magnificent creatures from the land. Is there anything more spectacular than walking along a sandstone cliff while whales frolic in the waves below you? The details for the Kiama to Gerringong Coast Walk I like to start the hike in Kiama because I prefer to have a swim at Werri Beach in Gerringong. However, you can do it in the opposite direction if you prefer – just catch the train to Gerringong and do the hike in reverse. Once you get off the train in Kiama, maybe pop to the bathroom at either the station or the blowhole… yes, I did just say blowhole. This is your first natural attraction on the coastal walk. On a peninsular jutting out from Kiama is a lighthouse, and underneath the lighthouse is a rock formation that forms a giant stone blowhole every time a large wave comes in. Be patient, as you stand against the fence waiting for a wave big enough. I guarantee that the wait will be worth it. Just watch your camera lens as you can get splashed.

Once you have tired of the blowhole, follow the path closest to the ocean up the hill. From this point on you will see signs directing you on where to go, the walk is pretty well signposted, though to be honest, it is pretty hard to get lost if you follow the coast. The first part is through the suburbs of Kiama, which I really like because you get a small glimpse of what an Australian coastal town is like. If you are there on a Saturday when you walk past the oval you will get a glimpse of some local rugby or cricket. In particular, I love looking at all of the coastal houses, the views that some of these places have are million dollars. Whale season is late April-August and then again September-November as the whales migrate north and south from Antarctica in search of warm waters for breeding and raising their babies. There are a number of hot spots for catching a glimpse of a whale blowhole, or a flash of a tail. In all honestly, the whole walk is along the cliffs so if you are a keen observer walking in this period, you will catch a glimpse. The best part is that you are getting to see these magnificent creatures without impacting them at all. I don’t have any pictures to share as I never get my camera out in time.

Along this walk, you will read a number of plagues and see some artworks that describe and represent the traditional custodians of the land. It is a great way to learn a little about Aboriginal culture and appreciate the reality of what was taken from the traditional owners through European settlement. I particularly like some of the art pieces, they stand so strong and vibrant in a landscape that is lashed by harsh elements every day I don’t know much about geology, but my Grandfather studied it at university and so some of his passion has rubbed off on me over the years. The rock formations along with the Kiama to Gerringong Coastal Walk are nothing short of spectacular, and somewhat prehistoric. In fact, I believe that there have been more than a few fossils found in the area. I think I remember my grandfather saying that the rocks were predominantly igneous rocks… but you would have to google that to learn more. I personally love the number of rock pools and inlets that they create, forming new mini habitats for wildlife.

With lush green hills that are spotted with cows and sheep, you would be forgiven for thinking that you are in England or New Zealand for a moment. The occasional crops of gum and palm trees with a mob of kangaroos sitting underneath are what reminds you that this is in fact Australia. The land is blessed with regular rain and very fertile soil, which has made it popular for farming. However, the corridor of fertile land is not wide as the Great Dividing Mountain Range juts up, separating these green hills from the rest of Australia. The mountain range makes for a spectacular backdrop when you can drag your eyes away from the ocean. Is the Kiama to Gerringong Costal Walk Hard?

There are no strenuous terrain patches on this walk apart from mud if it’s been raining. However, there are a lot of hills. The hills aren’t giant but they are constant, no sooner have you gone up one, do you go down it…. Only to have to go up another. The advantage is that there are some very strategically placed benches along the way for you to stop and catch your breath on while also looking at the views and watching for whales. I would definitely wear walking shoes or at least shoes that you can walk in for 5 hours up and downhills. Also, it is important to note that at the end on the Gerringong side there is a small river inlet crossing. At low tide, you can step across this, but after heavy rain or at high tide you may need to wade through thigh-high water. This is the reason I like to do it in this direction because then I can just go for a swim after I wade through the water. However, you can always time your hike so that you get to the end at low tide. You can easily do this walk in a day trip from Sydney if you don’t want to stay overnight, but if you would like to extend your stay then I definitely recommend hanging out in Gerringong or Kiama for a night or two. Both have lots of unique boutique shops and several delicious cafes and bars to sample. Oh and let’s not forget those amazing beaches that are just waiting to be lounged on. You won’t be bored. 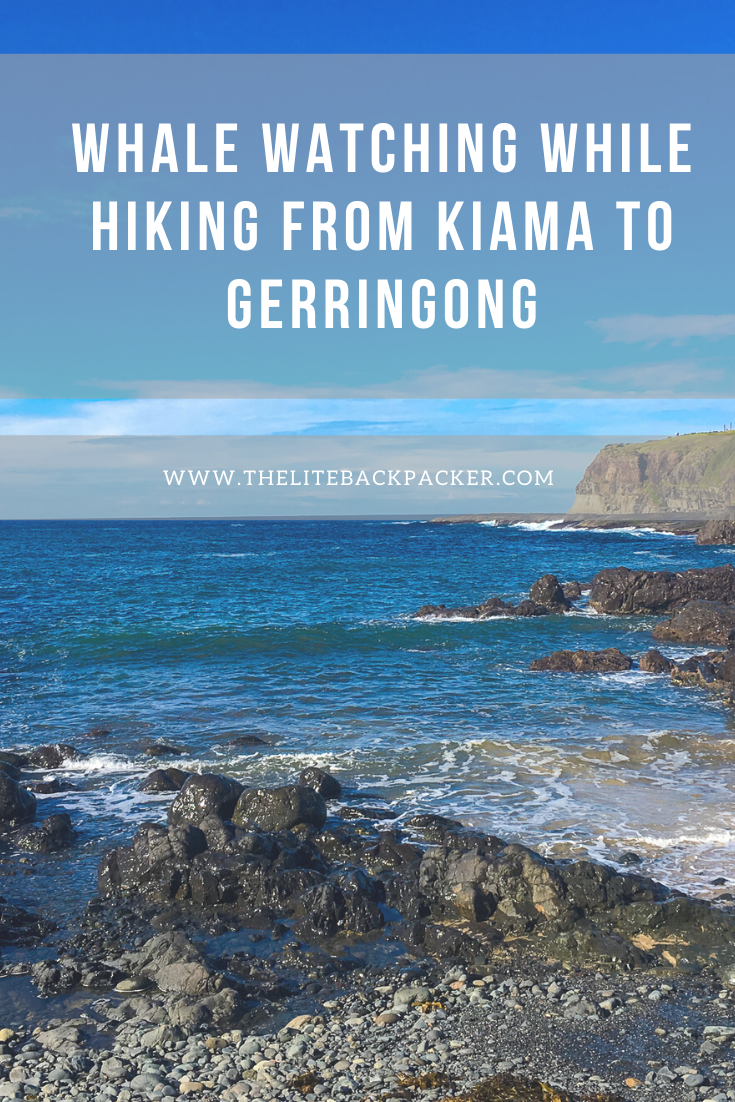