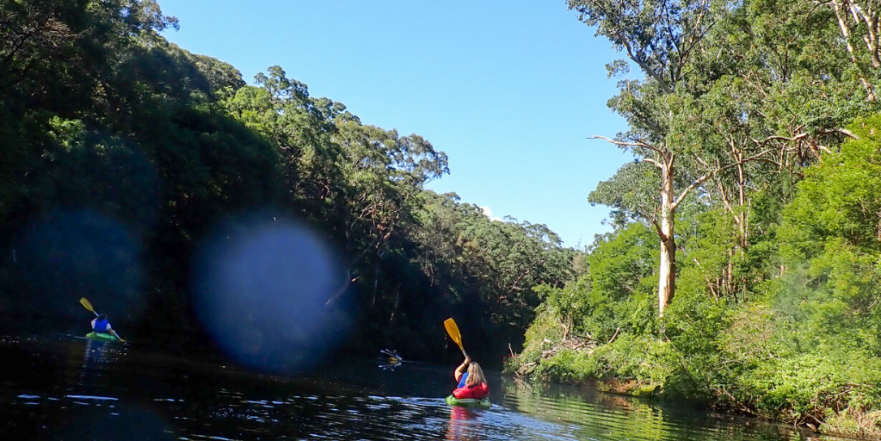 Sydney is a city built for water sports. Combining epic waterways and glorious weather with a large population that wants to get outside. If you can think of a water sport, I guarantee there is a place in Sydney where you can do it. This includes kayaking down a secluded river on a Sunday morning. Just 10ks from the city centre is the Lane Cove National Park, just one of the many nature escapes that dot Sydney. I have written before about the many awesome things you can do in Sydney that doesn’t involve a visit to a pub – if you are feeling healthy this week.

As you gently kayak through Lane Cove National Park you are slowly lulled into a complete state of relaxation. It could be the stillness of the water or the rustle of the gumtrees or maybe it’s the soft calls of birds as they chatter overhead, either way, you come out of the park more zen than you went in. There is a lot to do in the Lane Cove National Park, from cycling and trail running to kayaking. On the weekend it can get quite busy, especially at the moment as we move more out of isolation. But don’t let that deter you, because this Australian’s version of what it means to be in a crowded space is that you run into another person every 10-20 minutes.

What I love most about this national park is that it is so close to the city centre. Getting set up for kayaking through Lane Cove National Park

Honestly, it couldn’t be more simple. Once you arrive at the park, head to the boat shed which is nestled on the opposite side of the river to the park entrance. It’s a very short walk and you can’t miss it. But there are also maps to assist you if you can’t find it. At the boat shed, you have options for what type of watercraft you would like. From leg powered floating swans to rowboats, they have it all. I do suggest getting in early to ensure that you get the type of craft that you want (they open at 10 am on Saturday and Sunday). What to wear for kayaking through Lane Cove National Park

If you are a pro at kayaking you can probably wear jeans or whatever you want to wear. However, if you are a kayaking newbie like me then I suggest you wear something that you don’t mind getting wet… and then sitting in wet. I wore just my standard exercise gear and after half an hour my legs were soaked. This didn’t make me cold (despite it being winter) because I was doing so much exercise that I kept warm. Some water did pool in the bottom of my kayak, however, the boatshed had also given me a scoop to ladle out the water if it got too much. It never did. But I liked the security of having it there in case I needed to bail out. I work my trainers/sneakers and they got a little damp but not uncomfortably so.

I started off Kayaking with a jacket and scarf on underneath my life jacket. However, after ten minutes I had to pull up somewhere to take them all off. I ended up just kayaking in a t-shirt and life jacket. I wasn’t cold at all, despite being soaked through.

What to do while kayaking through the Lane Cove National Park

Just being in this serene environment is enough to make anyone happy. However, do keep your eyes peeled for Australian native birds such as the kookaburra a kingfisher who may dive into the river for a fish or a dragonfly, silver crested cockatoos, magpies, and ducks!

The banks of the river are lined with trees and bush, as well as stunning rock formations that are an iconic part of the Sydney landscape. These massive naturally formed sculptures add some differentiation to the view as well as a reminder about how small we are in our plastic craft floating down a river.

Unfortunately, there is a bit of litter in the river. This is either from careless people who have come for a picnic in the park (always remember to take what you bring) or it gets washed in through the various waterways from the wider world. Either way, if you see some trash floating in the river, try and scoop it up. The guys at the boat shed will recycle it for you once you return the kayak. 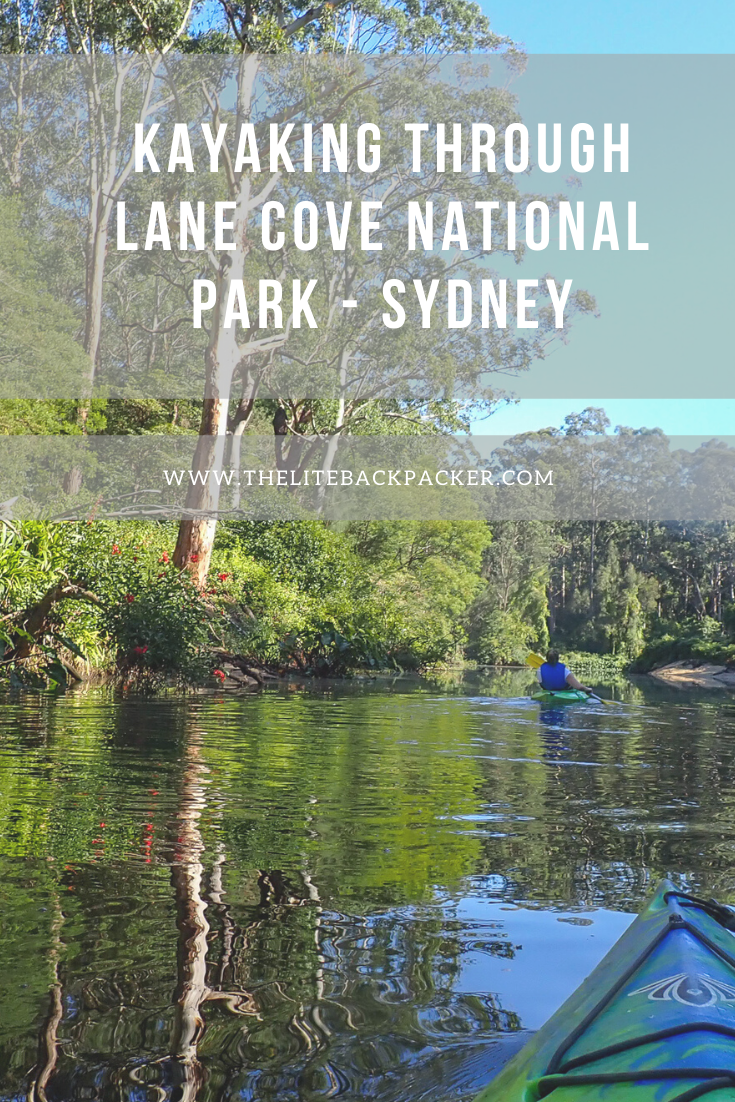