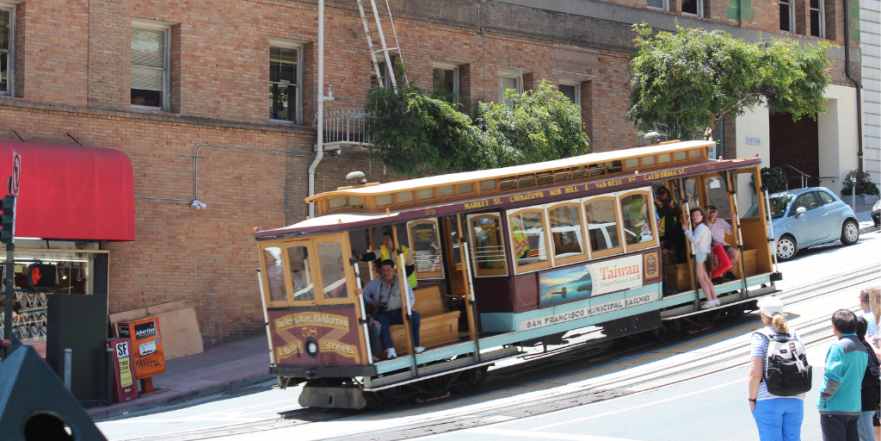 Need some help narrowing things to do in San Francisco on a budget – there is SO MUCH to do there! From walking the hunted halls of Alcatraz to strolling the colourful streets of Mission district. And you can find good food pretty much anywhere. What’s not to love?!

I spent over a week exploring San Francisco in a budget. Not going to lie, I spent a lot of that time walking around. Which in San Francisco means hills. Lots of hills. I was definitely fit and healthy after my week there, despite all of the delicious food I consumed. The good thing about lots of hills are lots of views. It was always a great reward to see the bay or the city sprawled out beneath you after you had sweated up a giant mountain. Where to stay in San Francisco on a budget

USA Hostels was where I stayed, it is a little bit more expensive for most hostels but there are so many little extras that it is totally worth it! Little things such as – small dorms, powerpoint shelves inside your bunk bed, really friendly cleaning staff, a clean and equipped kitchen, free breakfast pancakes and fruit, great security, comfy beds and loads of activities running daily.

The Green Tortoise – I really wanted to stay here but sadly it was booked out.  However, everyone I know who did stay there strongly recommended it.  They also do a free dinner two nights a week! Things to note while in San Francisco on a budget

All year round San Francisco has fog, it may be summer everywhere else but pack layers for San Fran.

Pick up the great transit map from your hostel or the information centre as it not only marks all the great attractions but also all the bus routes on it.

You can catch the Bart train in from the airport for about $8 or speak to your hostel about an airport drop off or pick up, it’s usually about $12… you pay the extra $4 to not have to carry your pack up a hill (did I mention the hills in San Francisco)!

Generally, everyone you meet is super friendly, super helpful and so outgoing it’s daunting. San Francisco also has a large population of homeless people, this was a huge culture shock for me. There were many times when I didn’t know what to do when I was surrounded by literally 30 homeless people on a side street. I couldn’t understand how the locals would just walk past and pretend like these people didn’t exist. It was heartbreaking and more than a little shocking to see so many people living rough in one of the worlds wealthiest countries. Where to eat in San Francisco on a budget

Try the world-famous clam chowder in a sour-dough bread roll while sitting on the seafront fighting off seagulls. Only $6.50!

I found this place by looking up recommendations on Yelp and Tripadvisor.  It was affordable and absolutely delicious, the place is always packed and you must order the chicken wing starters.  Every table had a plate and one bite will tell you why.

Ask at your hostel or hotel where they think the best locals tacos can be found.  It won’t be in any guide-book but it will be the best Mexican you will have.

This great little cheese and wine bar in the mission district serves only cheese and wine. They will have you basking in the sunshine while sipping wine and nibbling on cheese in moments. Things to do and see in San Francisco on a budget

The Golden Gate Bridge – of course!

You can hire bikes at Fisherman’s Wharf and cycle across, stopping on the other side for some lunch.  Though if you prefer to take in the scene at a more relaxed pace, you can walk across.  There and back only takes 40 minutes and there are buses that run from Downtown to the Bridge every 20 minutes. Walk up to the tower that overlooks the whole city for great views of The Golden Gate Bridge, the Bay Bridge, Alcatraz and Lombard Street.  You can go up to the top of the tower for $7 but if there is fog in the bay obscuring the view it may not be worth it.

See the cell where they kept Al Capone and receive chills down your spine as you wander the dark deserted corridors of America’s most notorious prisons.  Book early though as only one company runs tours out there and it books out quickly especially in the summer months.

If you feel like some exercise walk up the stairs on the side of the zig-zag street.  Stop to admire the beautiful flowers and graceful architecture of the houses on either side.  Just be careful not to get swamped by the hundreds of tourists with cameras. I didn’t really understand the drawcard with this attraction. Sure its a pretty street… or it would be if it wasn’t covered in tourists. This may be one of those places that tourism has just ruined.

Be mesmerised by shoes and designer glasses as you stumble around the plethora of giant American shopping chains such as Macey’s, Nordstrom’s, Forever 21 and the Gap. Take a relaxing day out from the hustle and bustle of the city while perusing the greenery in this giant park to the south of the city.  The Japanese Tea Gardens in the centre are highly recommended… however I was unimpressed for the price.  The Botanical Gardens over the road were much more impressive and were FREE on the day I was there so as always, make sure you do your research when creating your itinerary.

Cow Hollow (Union Street Shopping, not to be confused with Union Square)

This street is great for some cute boutiques and fun kitschy cafes head to the other side of town.  It was a little out of my price range but I loved walking through looking at the creative stores and the beautiful architecture.

Fight through the tourists to pick up some great souvenir bargains. Don’t forget to check out the streets either side as they have some great little surprises such as full wall murals and some great places to get a manicure.

Start at the old Ferry Building markets to indulge in some delicious local produce.  Then walk it off by walking around through the piers admiring the views and the giant ships as they head out to sea.  Stop at pier 39 to watch the Sea Lions who have taken up residence.

See the city from the sea and get up and close with the Golden Gate Bridge, take a stroll across Treasure Island.  It’s not hard finding a tour company or boat as the wharves are crowded with choices. Something extra to do outside of San Francisco on a Budget

San Francisco is just a couple of hours away from California’s premium wine country. Take a day trip or even a couple of days to explore the region with your tastes buds.

Although Yosemite is a whopping 6-hour drive from San Francisco there are plenty of tour groups that do all the driving for you.  Check out this post on my recommendation and for the things I learnt while hiking in Yosemite. Spend a couple of days traipsing across the peaks and absorbing the spectacular views.

Hopefully, this will give you a place to start – good luck on your exploration. 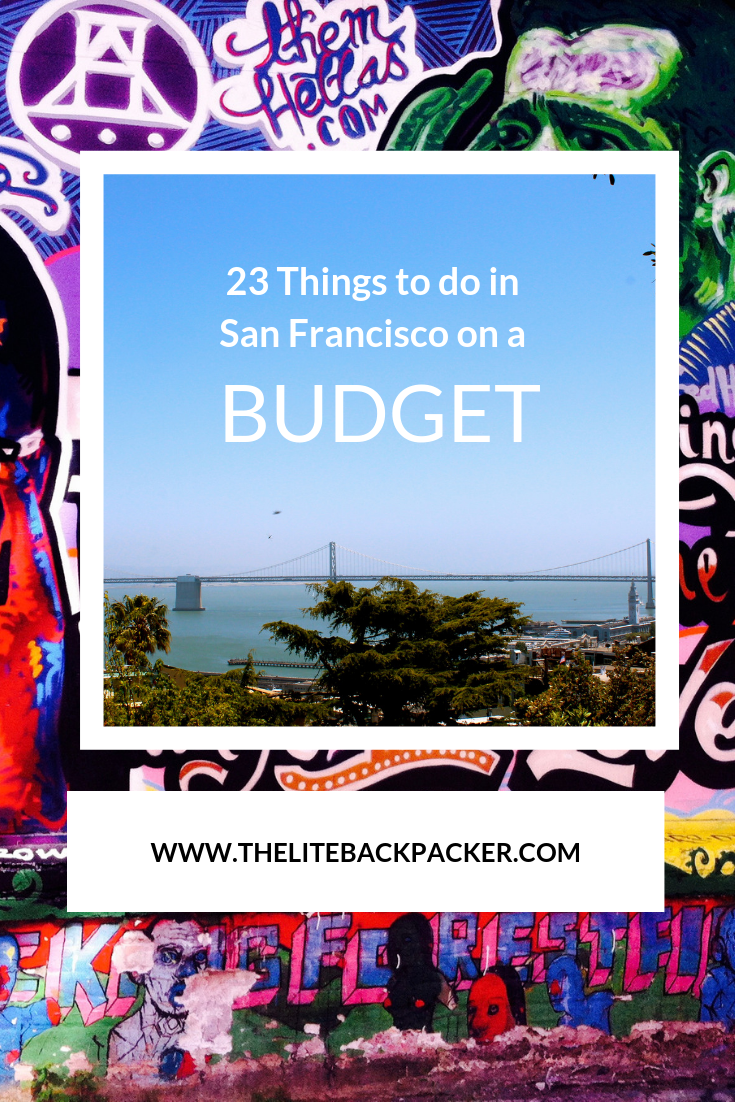